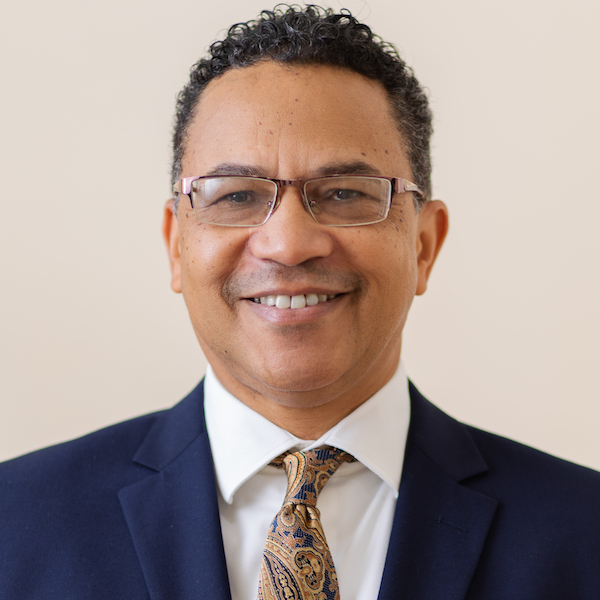 Since 2012, he has served as the Vice-President of Investment Fund Services Department of Equity Bank Bahamas Limited. He was accepted as a Member of the American Institute of Certified Public Accountants (1987) and the Bahamas Association of Compliance Officers (2005). Mr. Dean began his career with over ten (10) years in audit, accounting and internal control expertise in the financial services arena in The Bahamas, with Deloitte & Touché and later Ernst & Young, including stints in the Caymans. He later served as Chief Financial Officer for the Canadian Imperial Bank of Commerce, Bahamas (CIBC Bahamas Ltd.), assisting with transitioning from a branch network of the Canadian Parent to a publicly traded company on The Bahamian Stock Exchange (BISX). Prior to joining Equity, he spent the previous fifteen (15) years in Swiss private banking, primarily in The Bahamas, with periods in Geneva, Switzerland. During this time, he has served in numerous capacities including Chief Financial Officer, Risk Manager, Senior Official II (reporting to the Central Bank), Vice President of Investments, Operations and Accounting dept., Compliance and Money Laundering Reporting & Prevention Officer for this boutique Swiss institution. He is a 1984 graduate of the University of Western Ontario, London, Ontario, Canada. He is active in the community in the areas of youth development, sports and social outreach. 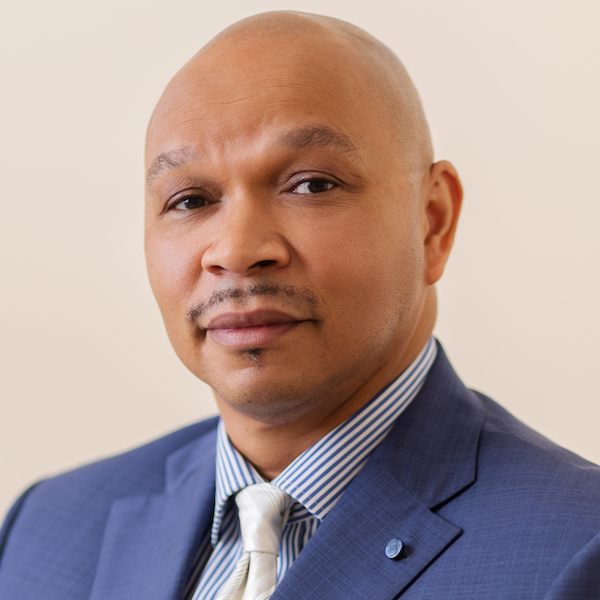 Mr. Dean has held executive roles within the financial services industry since the beginning of his career in 1992 having worked in London, Guernsey, and The Bahamas. A Certified Public Accountant, he is a former member of the Minnesota State Board of Accountancy and the Society of Trust and Estate Practitioners (TEP). Mr. Dean also holds the Personal Financial Planning and Personal Trust Diplomas from the Institute of Canadian Bankers and has served on the boards on several licensed financial institutions. He was most recently the Centre Director of the Scotia Private Client Group in The Bahamas. He is the Group CEO of the Equity Group of Companies, inclusive of Equity Bank Bahamas Limited and Liongate Bahamas Limited, and is the former CEO of Liongate Bahamas. 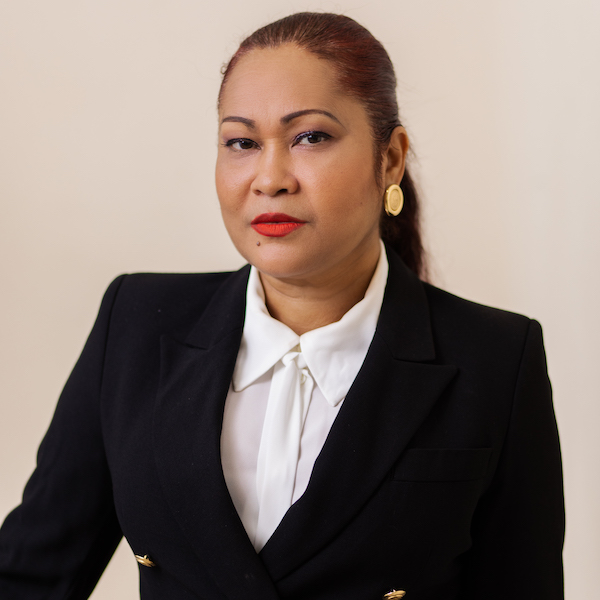 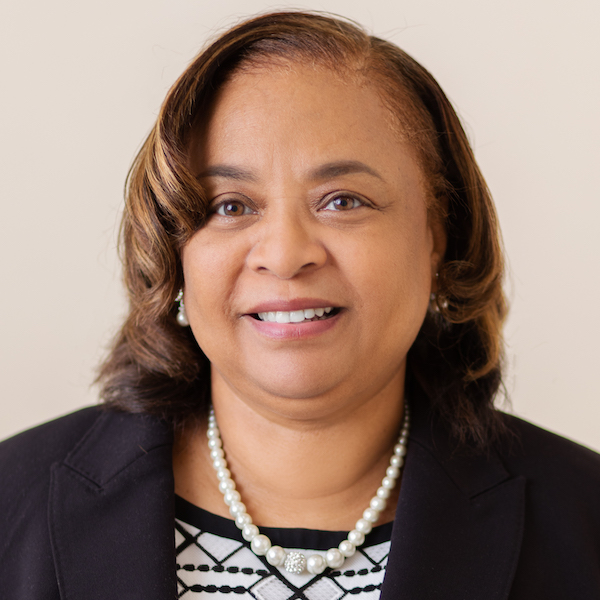 Prior to joining the Equity Group, Mrs. Thompson served as President and Director of Offshore Managers Limited, Nassau, Bahamas. She holds a Master of Arts Degree with a concentration in Counseling and a Master of Arts degree in Human Resources Management. She is a member of the Society of Trust and Estate Practitioners (TEP) having successfully passed courses such as International Trust Management, Trust Administration and Accounts, Trust Creation: Law & Practice, Company Law, and Trustee Investment and Financial Appraisal. She recently acquired graduate courses at Nova Southeastern University in Conflict Resolution & Analysis and currently serves as Director & Corporate Secretary, Senior Officer II and Head of Office Administration of Equity Bank Bahamas Limited. 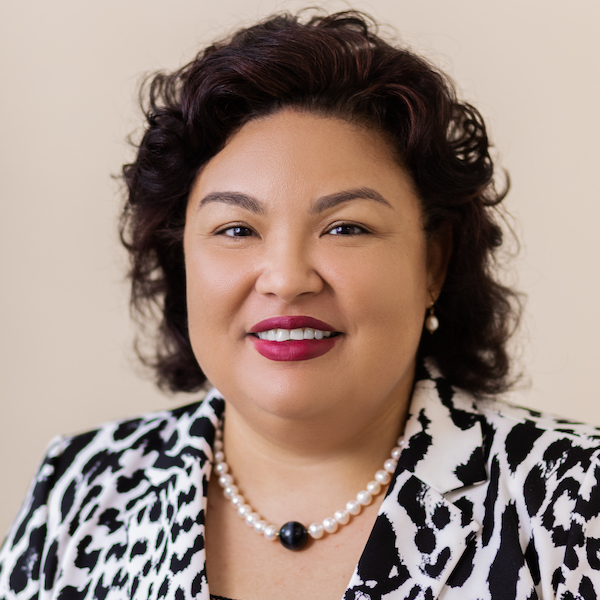 Samantha Knowles-Pratt, Director of Equity Investment Funds Services Ltd., Equity Group International Limited & Equity Trust Bahamas Limited – Group Head of Corporate and Legal. Mrs. Samantha Knowles-Pratt is an attorney with 23 years’ experience, specializing in financial services, corporate, securities law, investment funds, banking and compliance and regulatory matters. She has served as a senior attorney and partner with a few of the country’s major law firms as well as in a management capacity at the Securities Commission of The Bahamas. In the past, Samantha has advised on complex issues particular to corporate and commercial law as well as on regulatory and legal matters particular to regulated entities such as banks and trust companies, registered firms and financial and corporate service providers. She also has considerable experience with private wealth management structures, inclusive of IBC’s, CAC’s, investment funds, segregated accounts companies, trusts, purpose trusts and private trust companies. She is currently pursuing certification with the Association of Certified Anti-Money Laundering Specialists (ACAMS). Samantha is a member of The Bahamas Bar and also a member of the Society of Trust and Estate Practitioners (TEP). 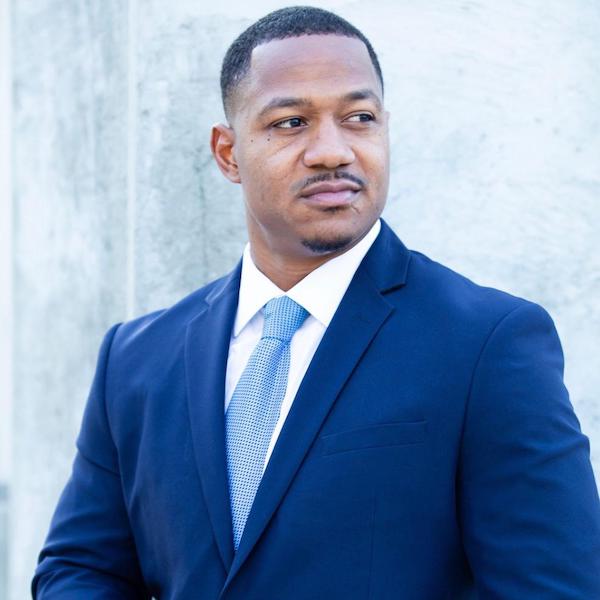 With an extensive background in economics and finance, Michael Clare has obtained his Bachelor’s Degree (BSc.) in Finance from Lenoir Rhyne University. To further his financial knowledge, Clare went on to obtain his MBA with a focus of Economics and Finance at Beijing Normal University located in Beijing, China. Additionally, to advance his knowledge in blockchain technology, Michael Clare has obtained a second Master’s degree (MSc.) in Digital Currency and Blockchain technology from the University of Nicosia located in Nicosia, Cyprus making him the first and only Bahamian to possess a masters degree in the space. Through his strong advocacy and accomplishments in the space, Michael Clare has been selected as the Regional Ambassador for the Bahamas within the Global Blockchain Business Council (GBBC).Michael Clare was also selected as one of the Top 48 Millennials of the Bahamas for the year 2021. Michael Clare has an array of consultative experience amongst financial institutions in relation to blockchain technology and digital assets. Prior to joining Liongate Bahamas Ltd. Michael Clare served as an Economist at the Ministry of Finance for 6 years. 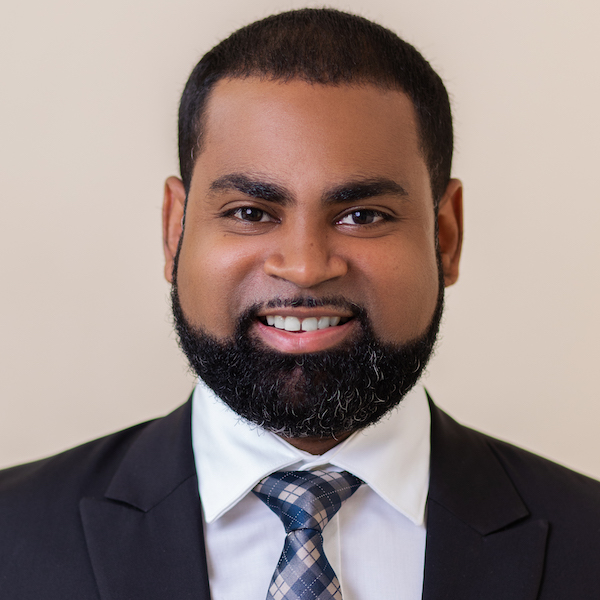 Mr. Cassar has a strong background in finance, software and crypto assets and has an expansive knowledge of the financial and corporate services product suite. His career has touched on the fields of stock market analysis, asset management, trusts and estate planning, investment funds, administration and accounting, multi-currency private banking, FinTech and corporate services. He is also a full stack web developer having successfully developed solutions for the banking, shipping, airline, FinTech and media industries, and has worked on software projects involving blockchain, machine learning and A.I. development. Currently, Gil serves as Head of Business Development & FinTech for the Equity Group of Companies, as Vice-President of The Bahamas Investments and Securities Business Association, and is a member of the FinTech Working Group of The Bahamas Financial Services Board. He holds degrees from the University of Toronto and Harvard University. 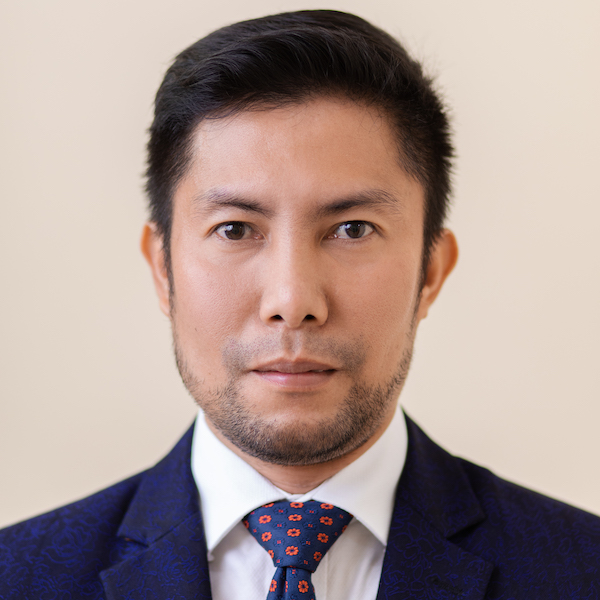 Christopher Burgos, Vice-President - Accounts: Mr. Burgos is a Certified Public Account (AICPA 2007), has a Series 6 certification (mutual funds) and holds a Bachelor of Science in Accounting. He has 14 years of experience in Client Accounting, Investment Funds and Banking. Mr. Burgos is a meticulous, analytic and result oriented Finance and Accounting professional with extensive experience in Corporate Accounting and Finance, Periodic Budgeting and Forecasting, Government Report Compliance and Management Reporting, Fund Accounting and Private Banking. Chris exhibits strong team working and multi-tasking skills and has over 11 years of experience in the financial and banking aspects of the financial services industry in The Bahamas. 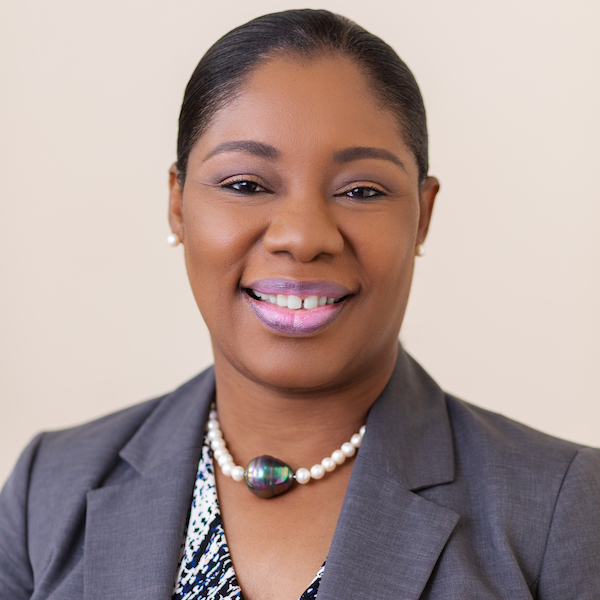 Ms. Bethell has more than twenty (20) years knowledge and experience in the financial services industry, particularly in offshore banks and trusts, client accounting, operations, infrastructure, and human resources management. Her tenure in these posts has equipped her with the skill sets and talents to focus on extensive analytical and financial reporting, portfolio and client relationship management and administration. It is with this background that she holds the position of Assistant Vice-President, Corporate and seeks to attain the Society of Trust and Estate Practitioners (TEP) designation. 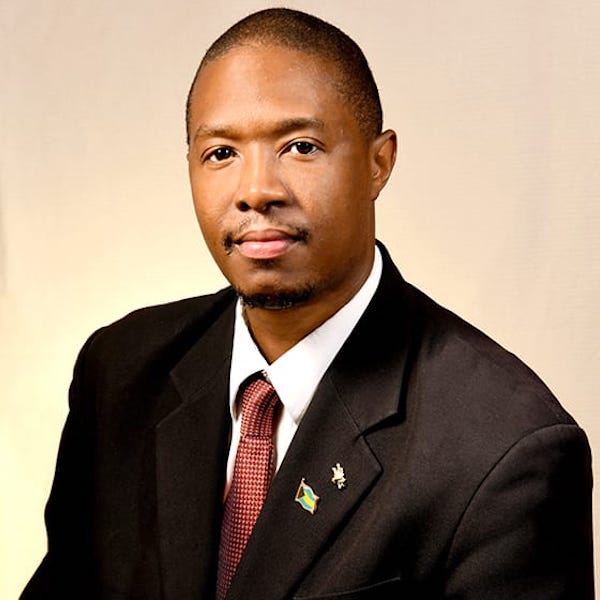 Mr. Curry has over 20 years’ experience in the I.T. and financial sector. He is a long-standing member of the NACHA organization for which he created many applications allowing for safe and efficient money transfer. Mr. Curry has developed banking applications for many banks in The Bahamas and recently developed and implemented the first Bahamian E-Commerce with affiliated partner, Suncash. He also assisted the Central Bank of The Bahamas with its Sand Dollar project and created a Swiss based data center and software solution that meets the GDPR, and FDAP compliance standards. Sebastian is currently the Service Administrator of SWIFT and has implemented several SWIFT network infrastructures. Mr. Curry assisted in the setup of DLT for crypto currency and an ICO (Initial Coin Offering) and is experienced in the management and operations of payment systems such as: Cross Border Payment, Supply Chain Payment, Real Time Remittance P2P, SWIFT—ACH, Regulated Custody of Hard & Digital Assets and Accountancy, Segregated Payment Gateway via VISA-MASTERCARD-AMEX-DISCOVERY and private card label solutions. 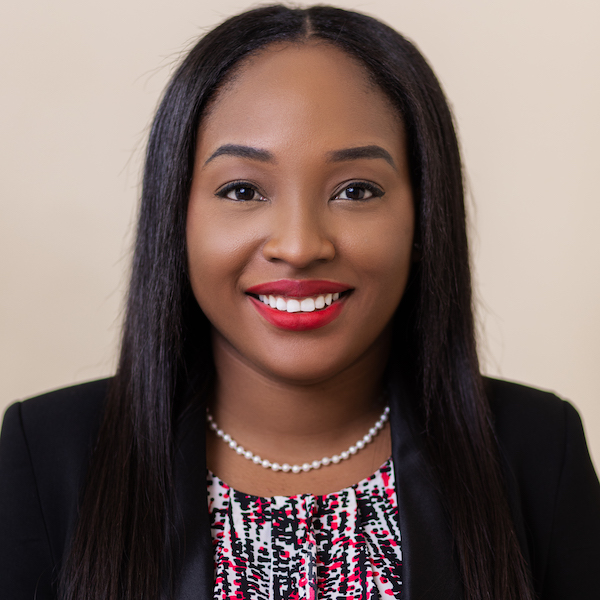 Robyn Newton is a regulatory compliance professional with over eight (8) years of experience in financial services and regulation with over five (5) years at a securities and investment funds regulator. She is experienced in overseeing the compliance function for a number of financial sectors, which include private banking, trust, investment fund administration, corporate services, and asset management. Robyn possesses sound knowledge of bank and trust, securities, corporate service providers, anti-money laundering and investment fund legislation. She has also received training in AML/CTF/CPF, risk management, fintech regulation, securities and investments, and corporate governance. Robyn received a Bachelor of Business Administration degree in Banking and Finance from the College of The Bahamas (now University of The Bahamas), and an International Executive Master of Business Administration from the University of International Business and Economics, in Beijing, China. Robyn also gained In-depth knowledge of securities products through her completion of FINRA’s Series 7 exam. She has successfully completed the international diplomas in Anti-Money Laundering, and Governance, Risk, and Compliance offered by the International Compliance Association (ICA) and is a Certified Anti-Money Laundering Specialist (CAMS) and Certified AML Fintech Associate (CAFCA). 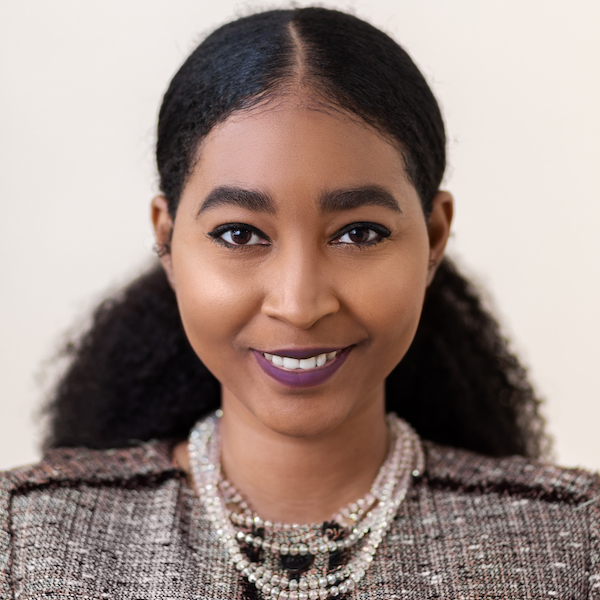